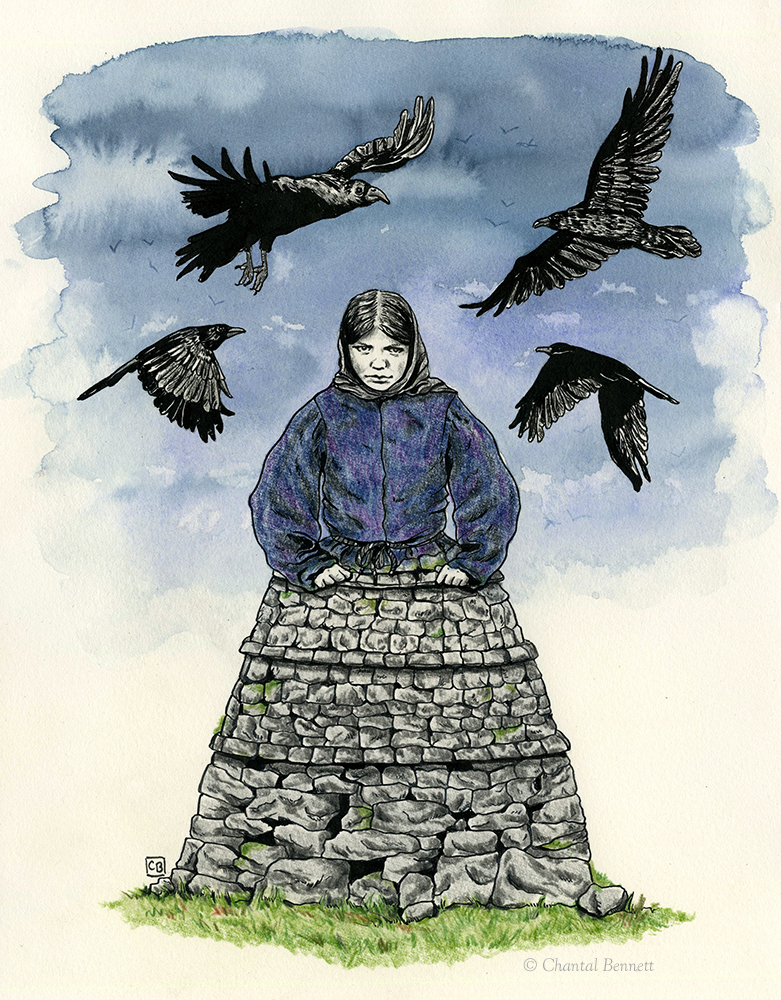 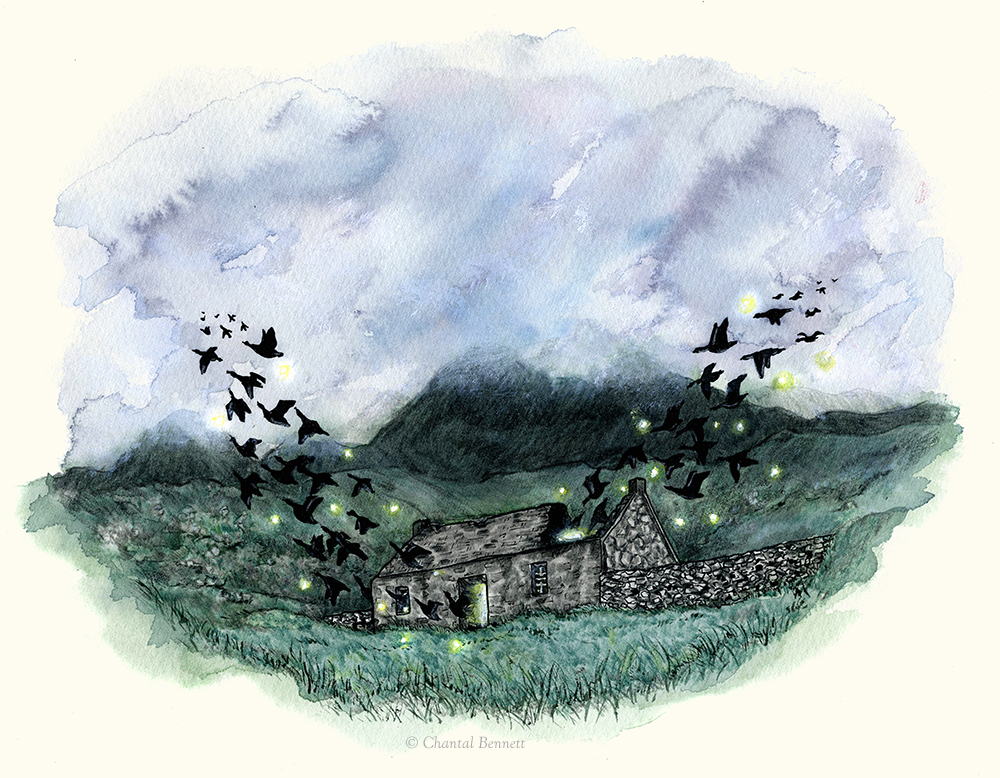 In preparation for mine and Joel’s trip to Wales this spring, I have be re-reading the Mabinogion (collection of Welsh folktales). I’ve always been inspired by Celtic mythology to create my illustrations, so I’m hoping that a trip to the actual place will add another layer of inspiration to my work.

This is Rhiannon on her white horse when she is first glimpsed by Pwyll. 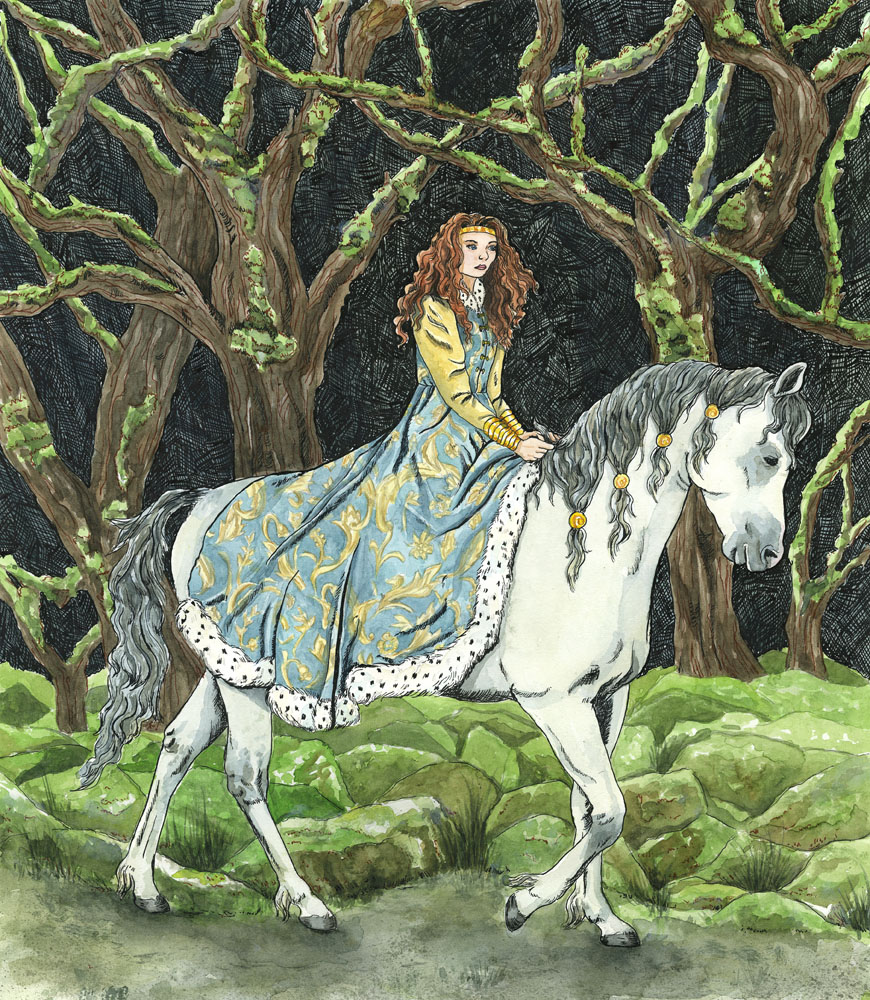 I’m digging back into the archives to finally post this piece that was created for the Nook Collective Holiday Show. The criteria was only that the piece had to be circular, everything else was up to the artist. My piece reflects on the metamorphosis idea often found in Celtic mythology, where one will “shed one’s skin”, hence the title Molting.

Ink, watercolour & coloured pencil, 11″ diameter. Antique frame with antlers made of Sculpey and painted in acrylics. 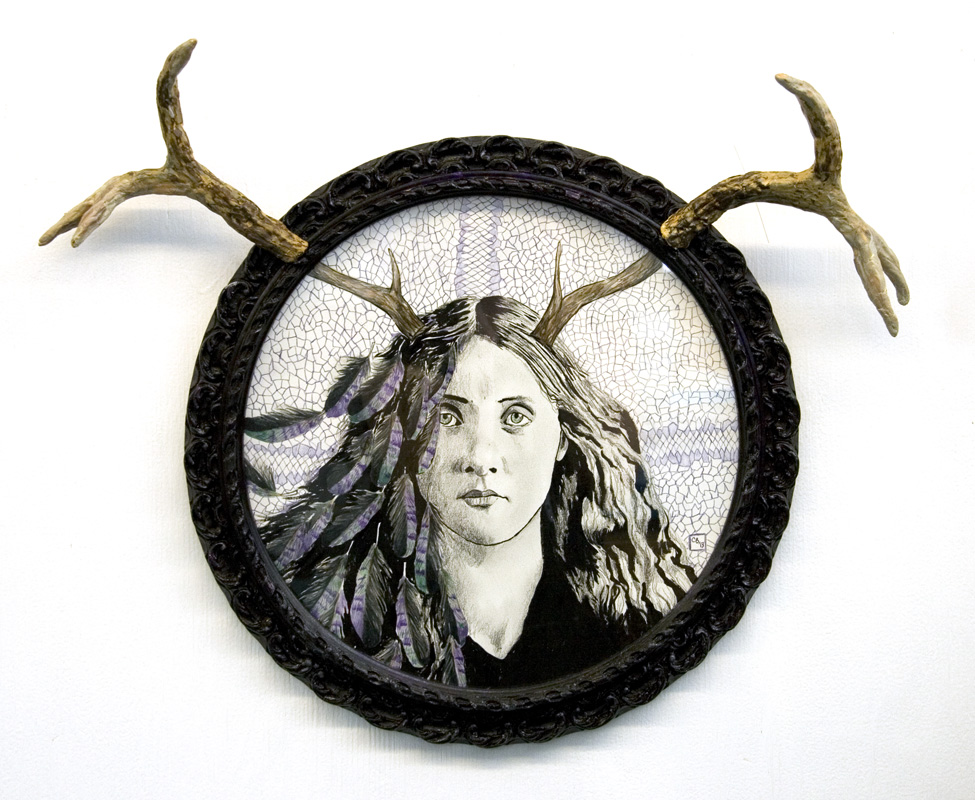