Homage to the Loden Coat 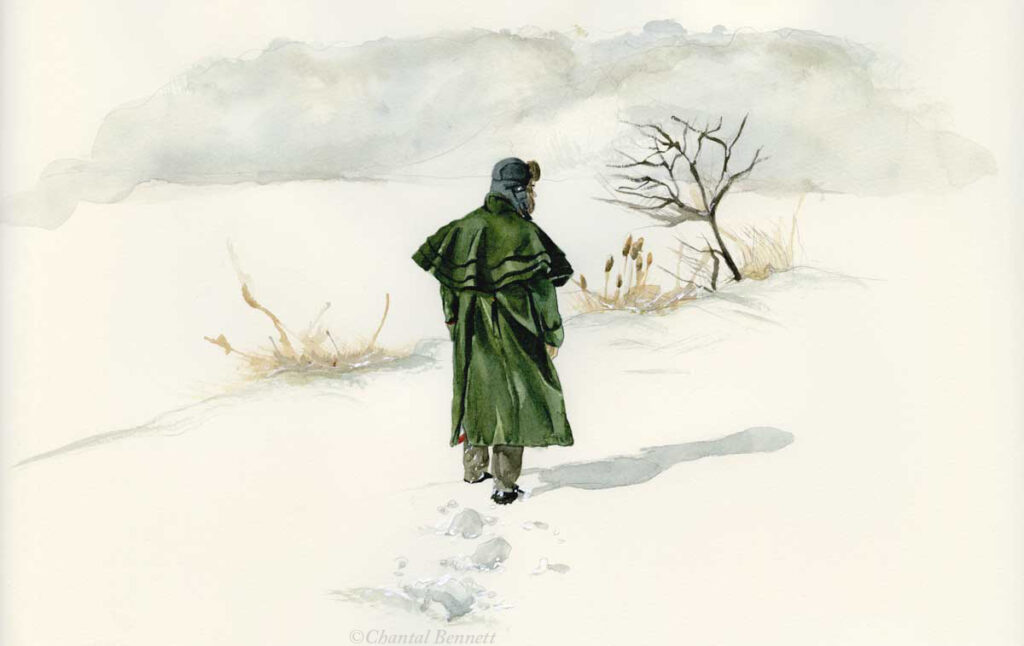 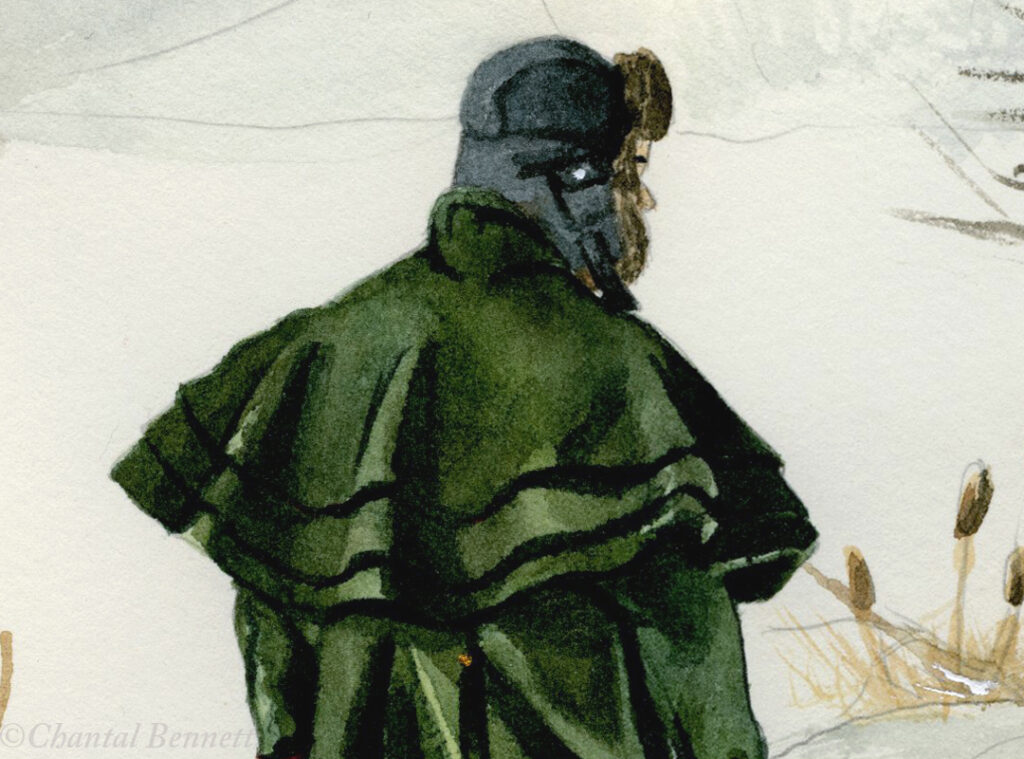 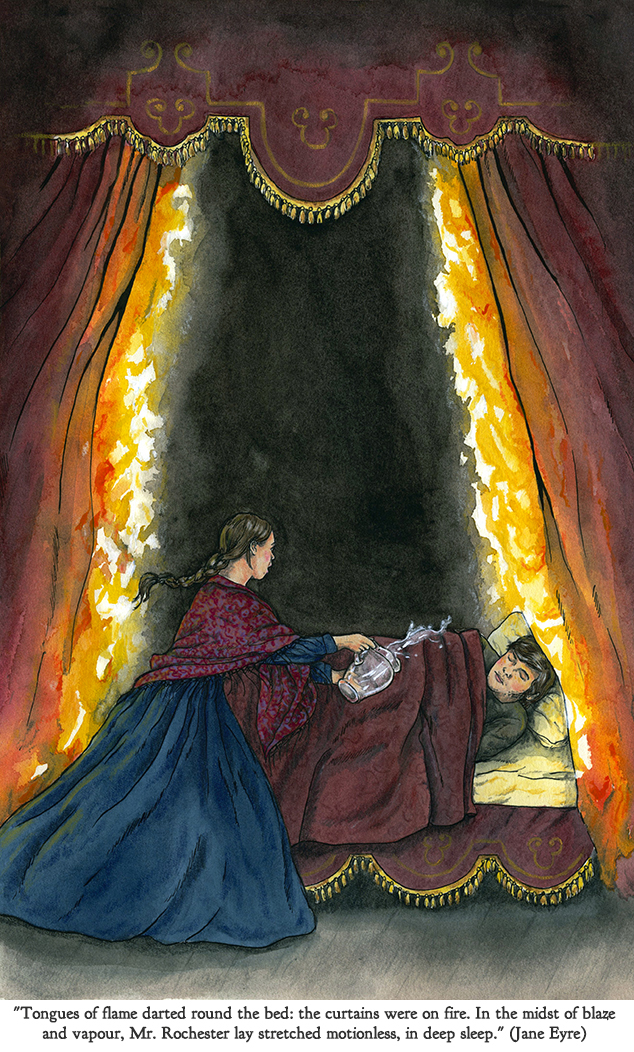 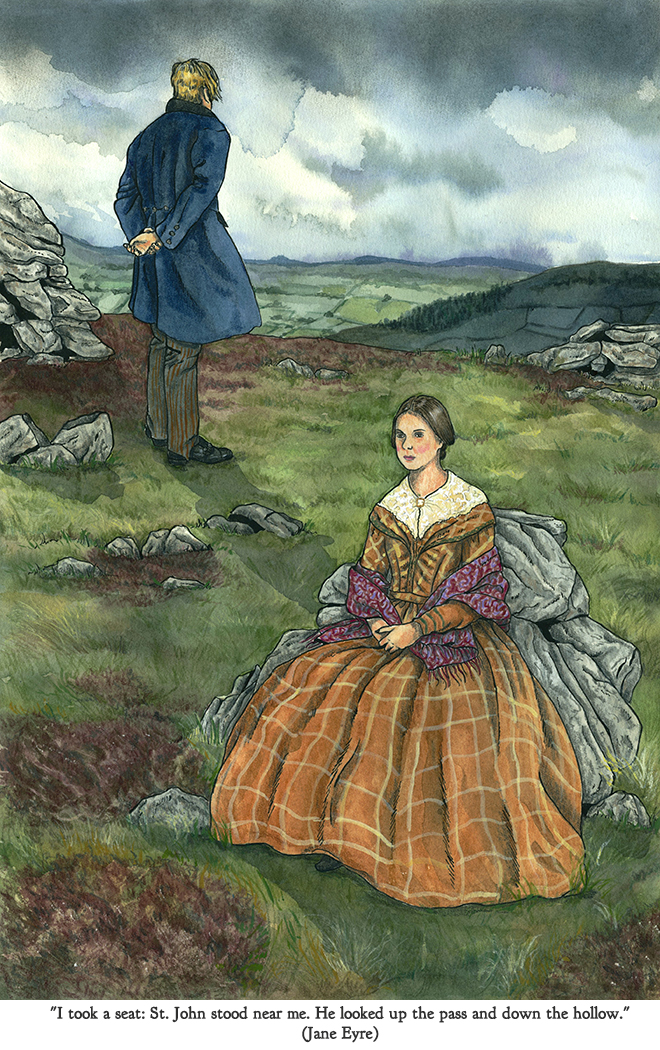 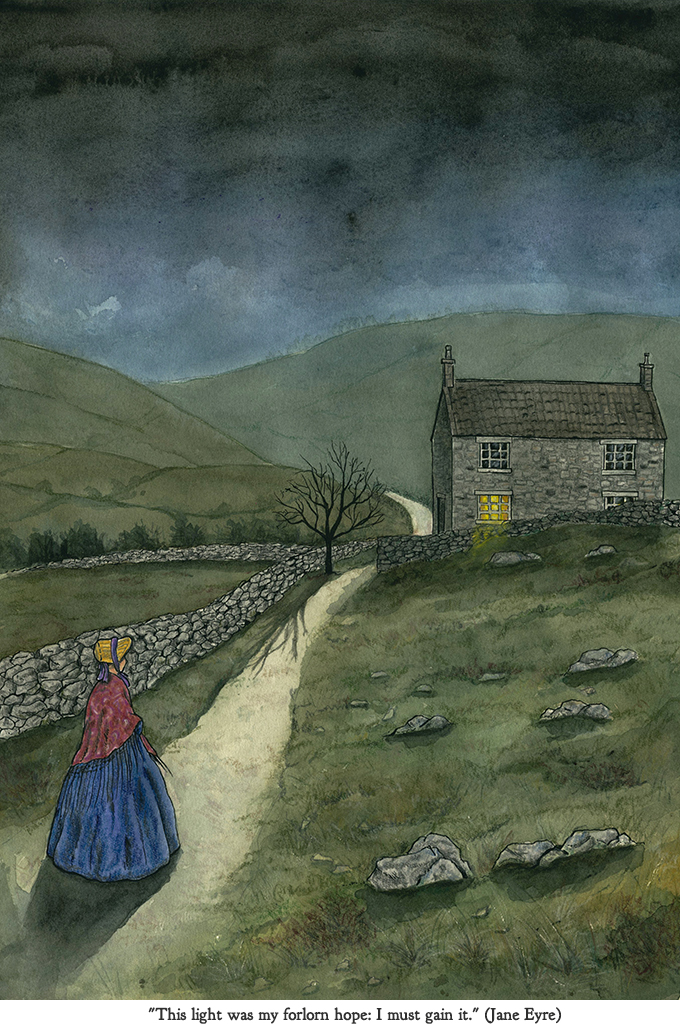 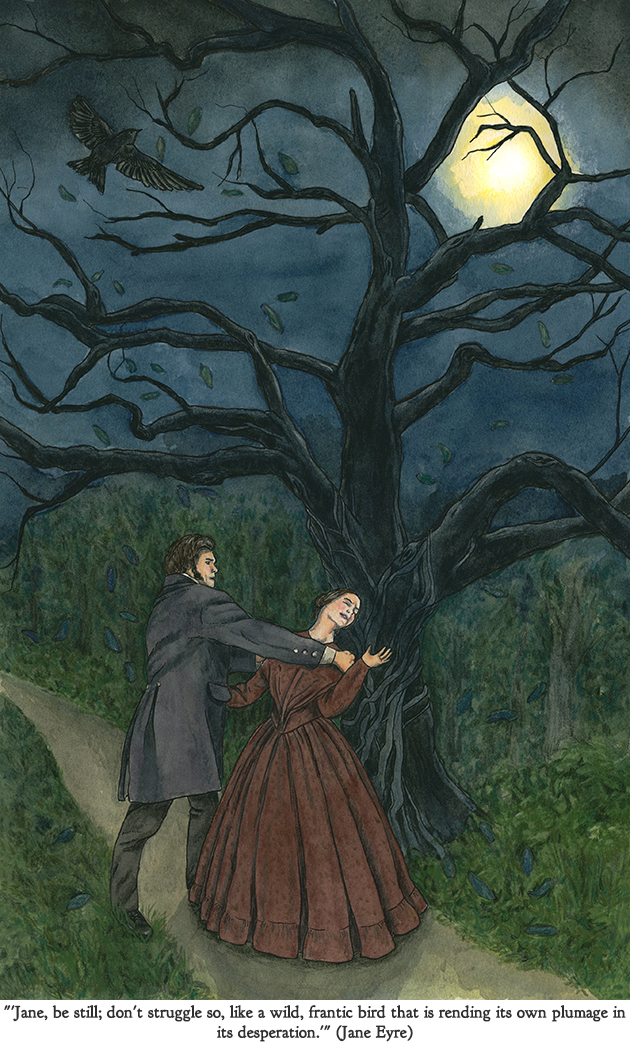 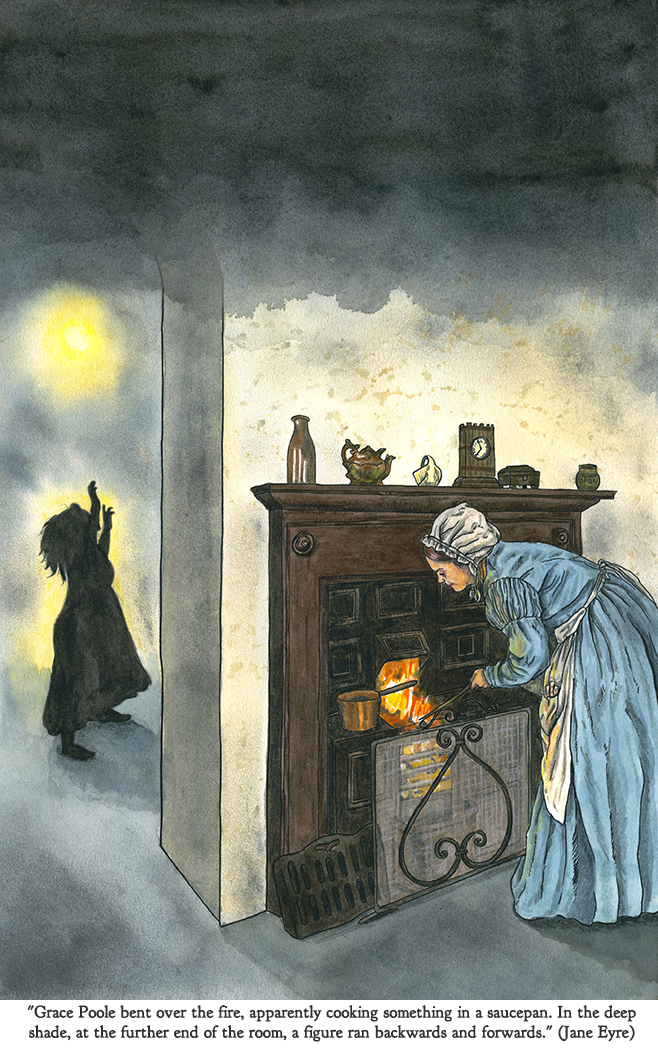 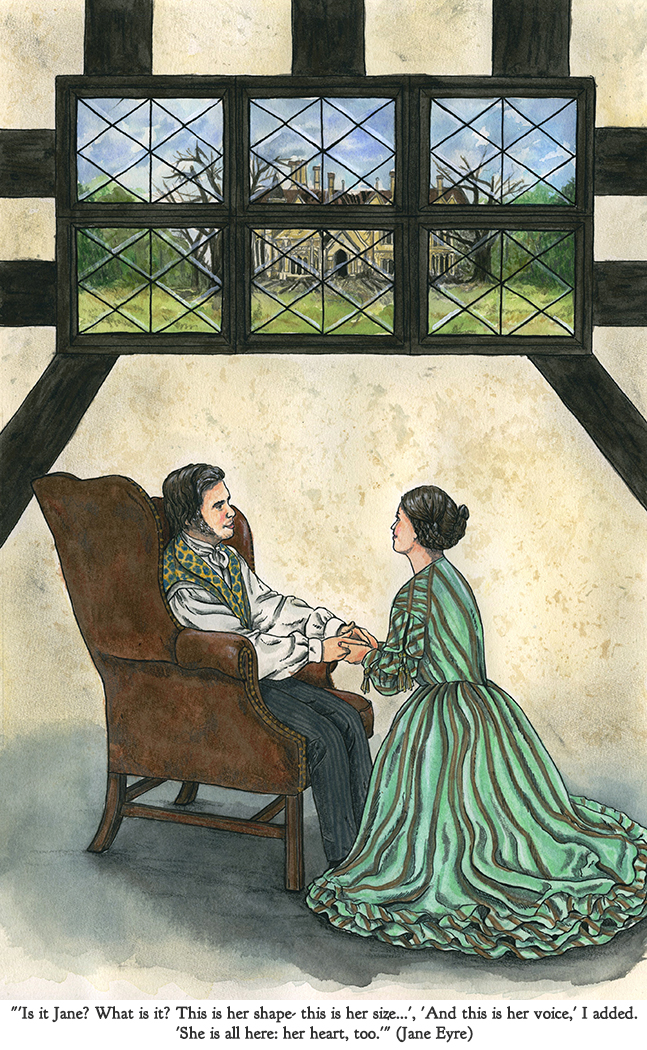 Sketches from Devon and Cornwall

Joel and I spent two weeks in the Devon and Cornwall area of England recently. We had excellent weather for plein air sketching. Words can’t describe how inspiring I find the landscape in those parts. Lovely! That’s all I can say. I especially love Dartmoor National Park.

These sketches are available as prints in my Etsy shop. 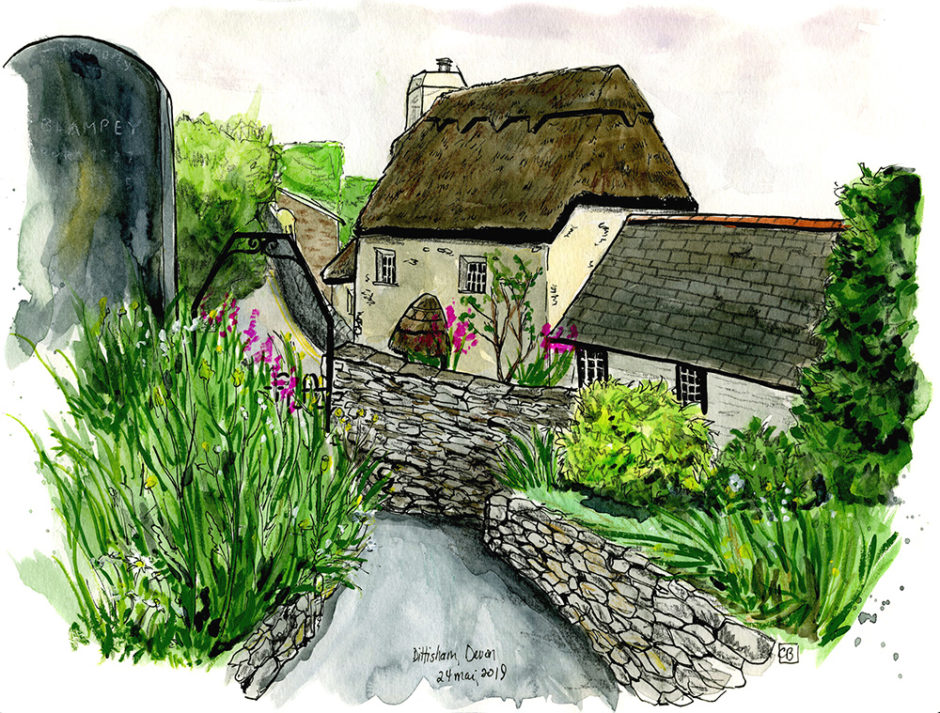 This is a view of Dittisham, in the south of Devon. We took a tiny “ferry” boat to go over to Greenway from here (Agatha Christie’s summer home). I highly recommend the experience to everyone. It was a beautiful day, ideal for sketching. I was sitting in the churchyard while sketching this. 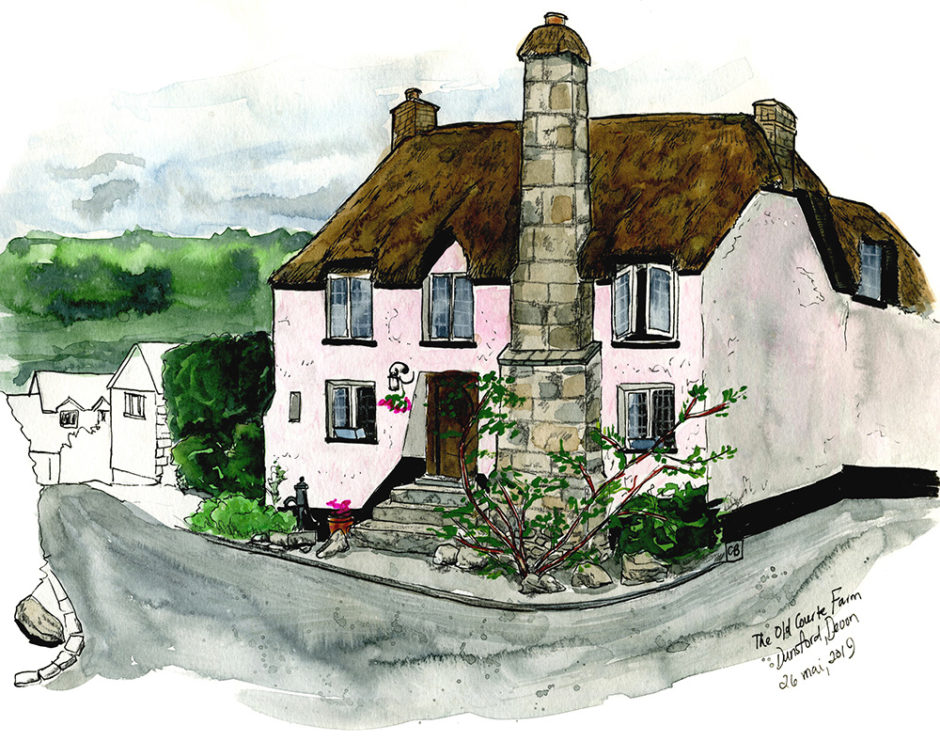 While in Devon, we stayed in Dartmoor National Park near Dunsford. We sketched this house, name the Olde Court Farm in Dunsford. The owners informed us the house is over 700 years old! That is madness to my Canadian ears. The owners were such lovely people, they served us mint tea (from her garden) and delicious cake while we were sketching! It does not get better than that. 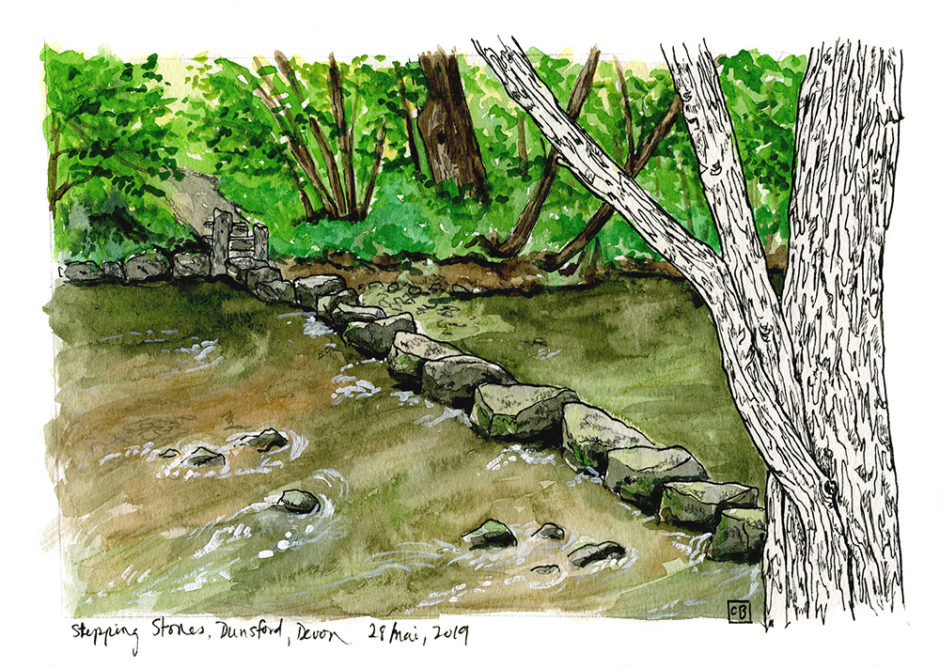 Our AirBnB was across from the Teign River and these old stepping stones (the Old Stables on AirBnB, check it out). We decided to paint them one day. It was very relaxing to wake up to the sounds of running water. You could cross the stones to get to a network of walking paths on the other side. 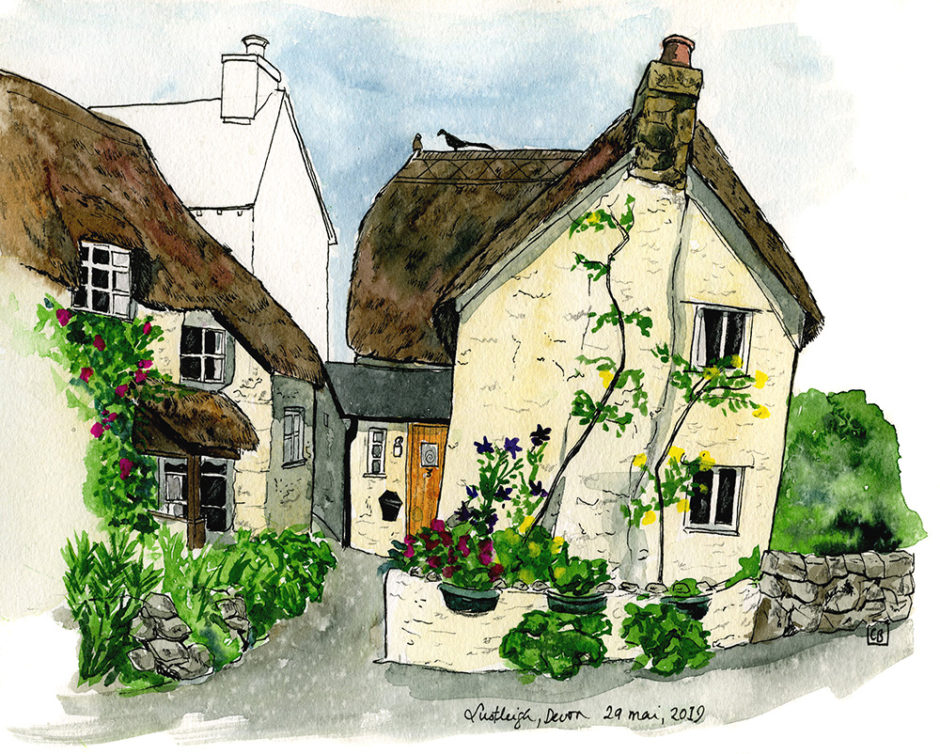 This was sketched on a drizzly day in Lustleigh, in the Dartmoor Park. I like how much the cottage is leaning (not an exaggeration, I measured). I like what the rain did to the sky and pavement part of the sketch. There is a fantastic tea room next door, The Primrose Tea Room, where I had one of the best afternoon teas of my life. 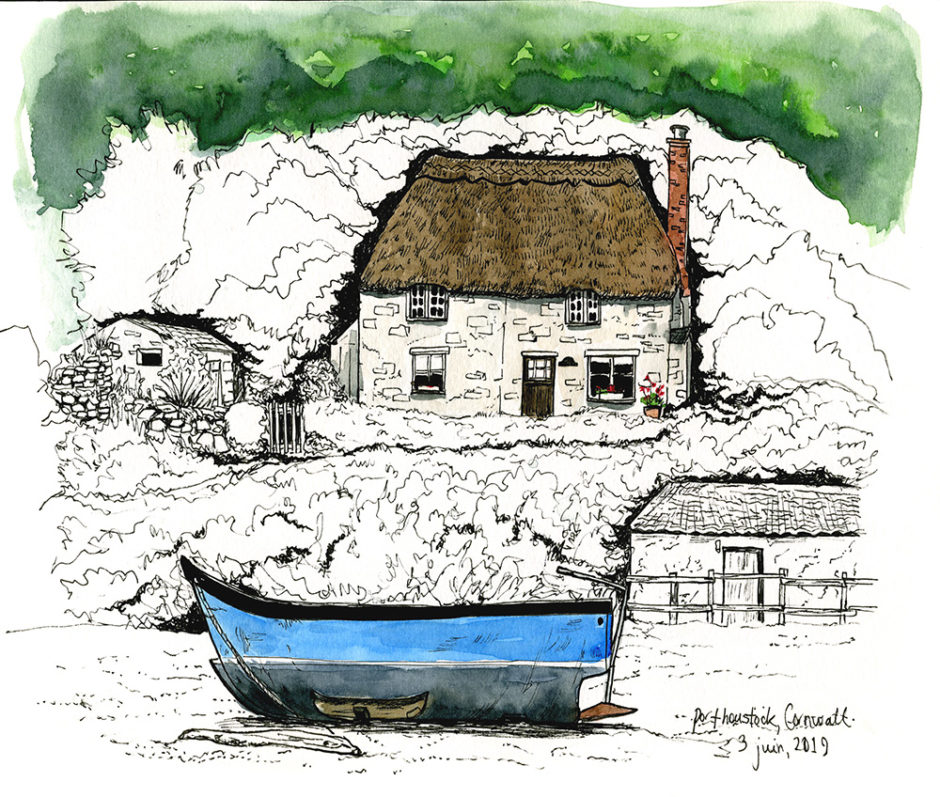 This is a view from the harbour of Porthoustock in Cornwall. We started drawing this at around 7pm so it was pretty quiet there. Of all my sketches with boats in them, this is the only one that turned out. I’ve since given up drawing boats and put them in the same category as drawing cars, i.e. unpleasant things to draw. 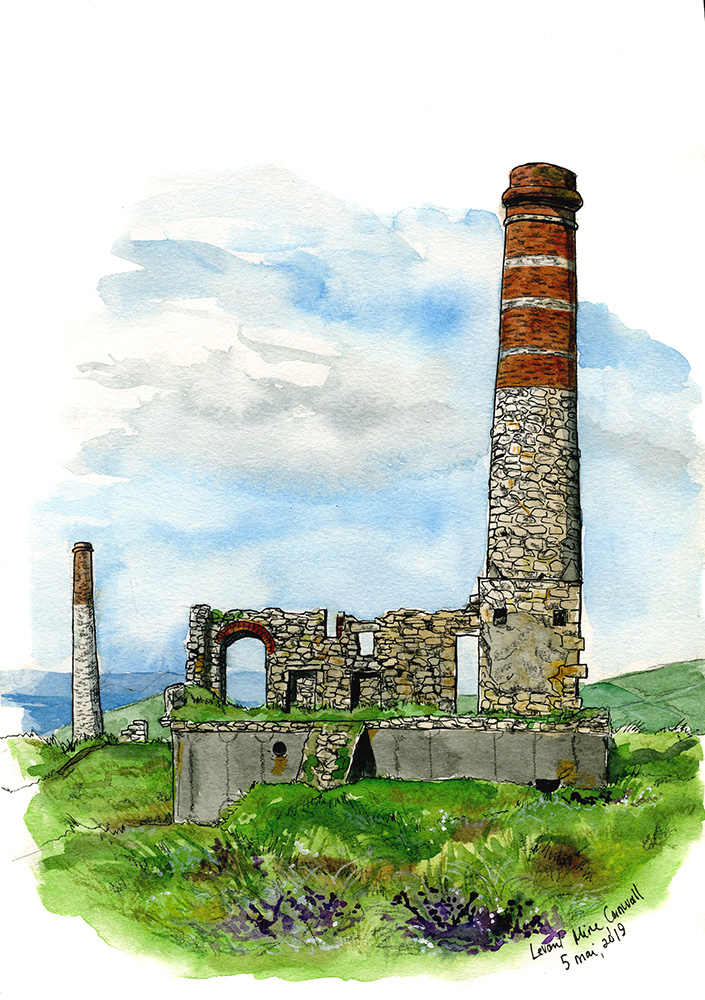 Ah, the Tin Coast in Cornwall. Another great day for sketching. If you’ve watched Poldark like I have (and are mildly obsessed with it) then you will recognize these chimneys. They are all over the coast in this area of Cornwall. This was at the Levant Mine complex, an old tin mine ruin. 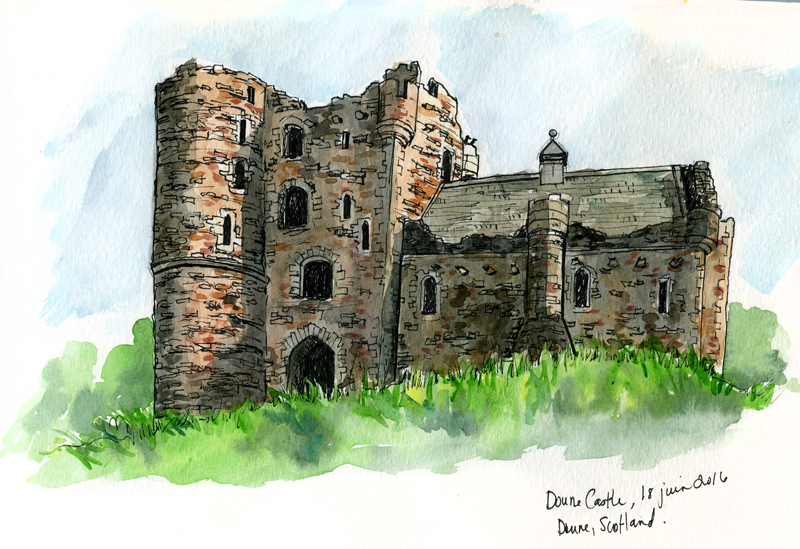 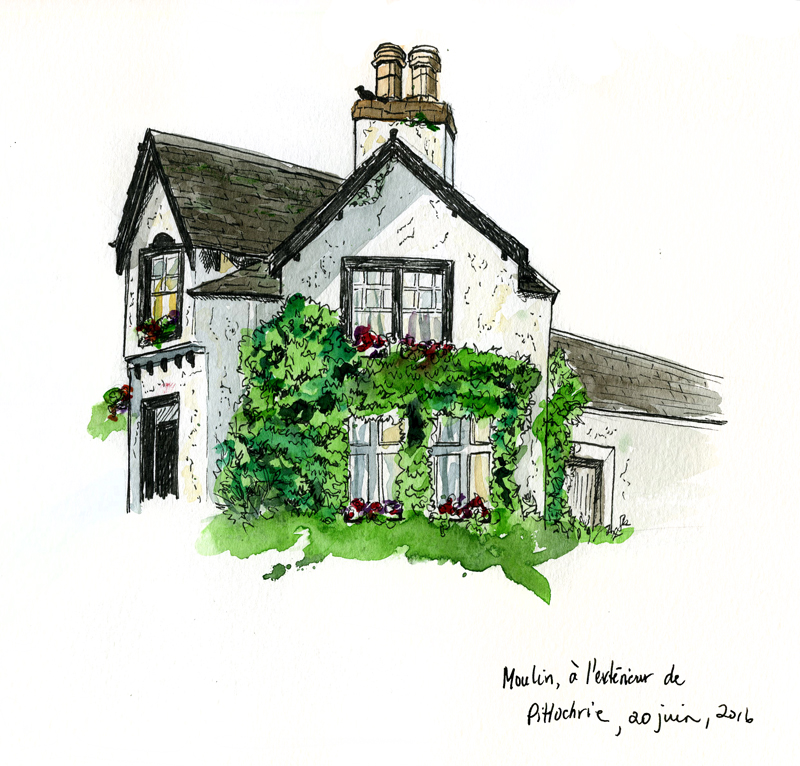 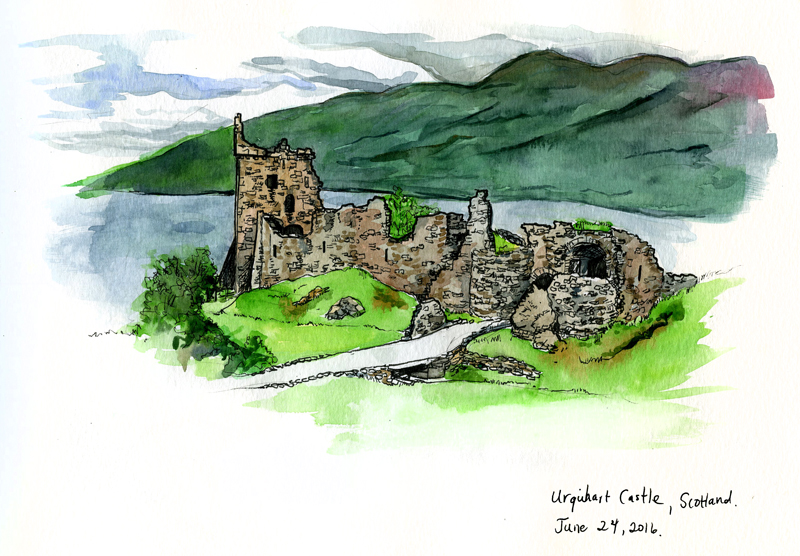 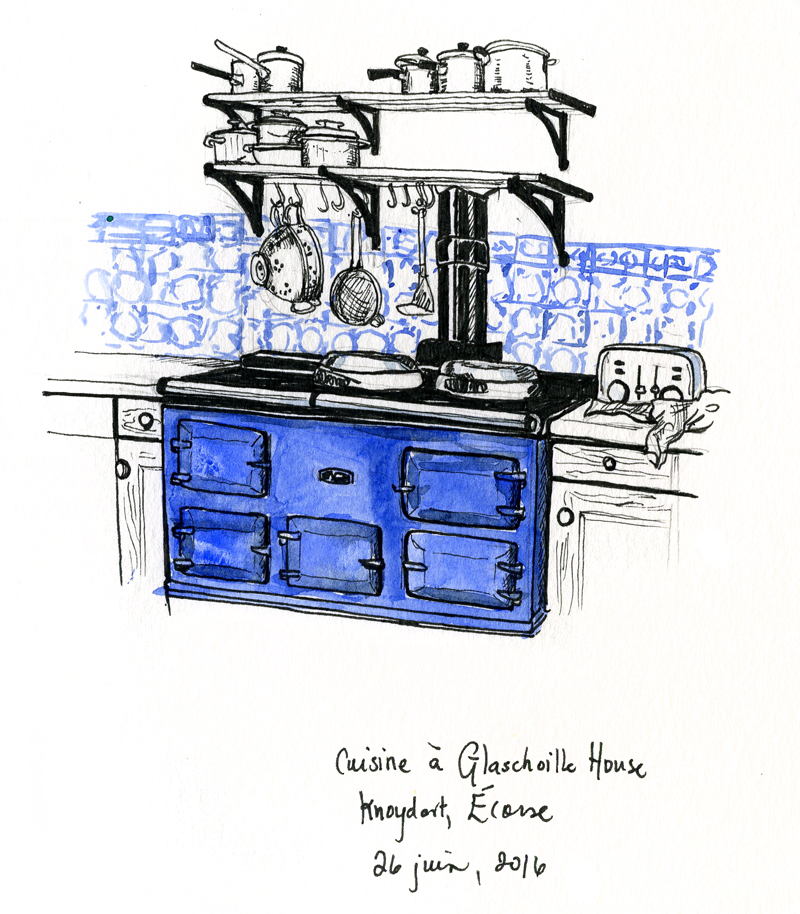 Here is a little study of a door in Provence, France. The goal here was to create texture without becoming too painterly, therefore using black and sepia inks in addition to watercolour to try and achieve that. 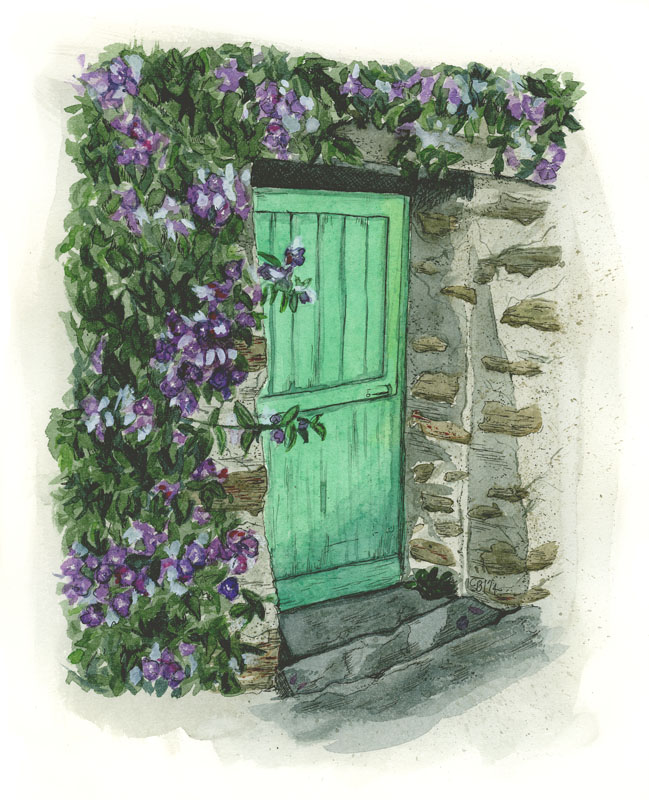